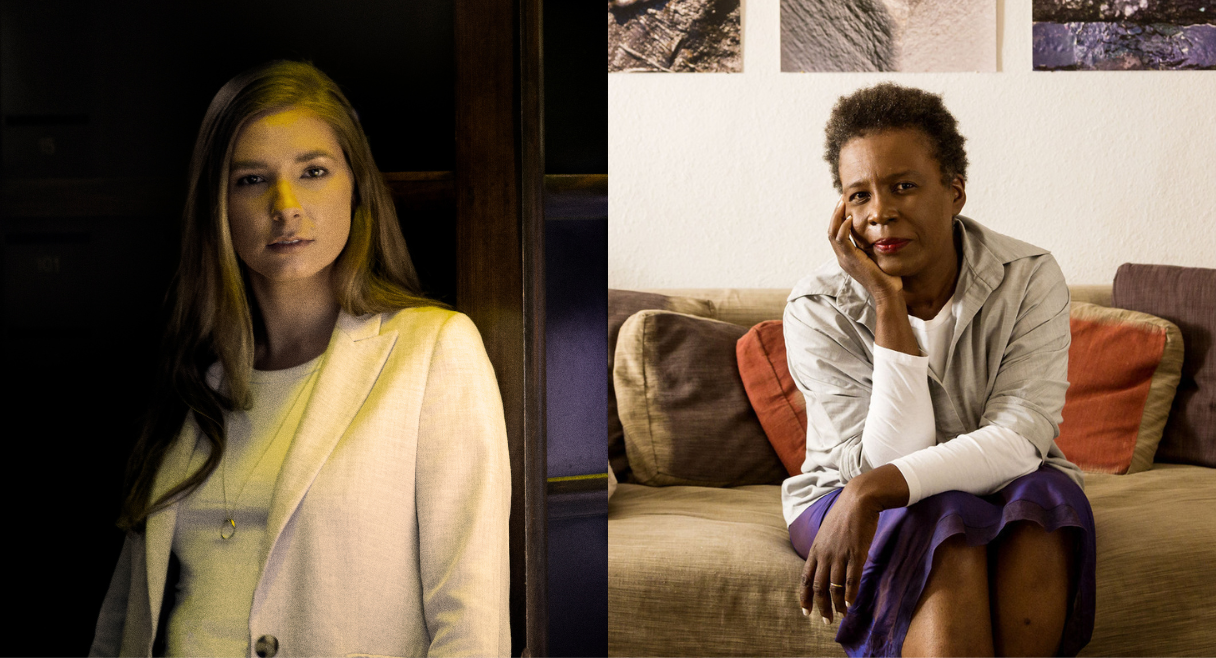 This event is part of The Big Anxiety Speaker Series, co-presented by RMIT Culture and The Wheeler Centre

When
Wed 5 October
Doors open:6pm
Event starts:6.30pm
Where
The Theatre

Claudia Rankine joins Evelyn Araluen via live cross for a far-reaching conversation that expands on their collaborative contribution to The Big Anxiety: Taking Care of Mental Health in Time of Crisis.

Join two highly celebrated poets and thinkers, Claudia Rankine and Evelyn Araluen, as they hold a rigorous and collaborative live conversation that expands on their co-written essay “Poetic Solidarities” from The Big Anxiety: Taking Care of Mental Health in Time of Crisis.

This is a thrilling opportunity to witness a deeply-considered and far-reaching discussion of the potential of poetry for political resistance. Through the shared lens of their work as poets and academics, Rankine and Araluen will consider the ways Western psychiatry and conceptions of mental health can enable institutional racism, colonialism, and operate as extensions of oppressive structures like the medical and industrial prison complex.

Claudia Rankine will join Evelyn Araluen and the audience via live cross.

Claudia Rankine is the author of five books of poetry, including Citizen: An American Lyric and Don’t Let Me Be Lonely; three plays including HELP, which premiered in March 2020 (The Shed, NYC), and The White Card, which premiered in February 2018 (ArtsEmerson/ American Repertory Theater) and was published by Graywolf Press in 2019; as well as numerous video collaborations. Her recent collection of essays, Just Us: An American Conversation, was published by Graywolf Press in 2020. She is also the co-editor of several anthologies including The Racial Imaginary: Writers on Race in the Life of the Mind. In 2016, Rankine co-founded The Racial Imaginary Institute (TRII). Among her numerous awards and honors, Rankine is the recipient of the Bobbitt National Prize for Poetry, the Poets & Writers’ Jackson Poetry Prize, and fellowships from the Guggenheim Foundation, the Lannan Foundation, the MacArthur Foundation, United States Artists, and the National Endowment of the Arts. A former Chancellor of the Academy of American Poets, Claudia Rankine will join the NYU Creative Writing Program in Fall 2021. She lives in New Haven, CT.

Evelyn Araluen is a poet, researcher and co-editor of Overland Literary Journal. Her widely published criticism, fiction and poetry has been awarded the Nakata Brophy Prize for Young Indigenous Writers, the Judith Wright Poetry Prize, a Wheeler Centre Next Chapter Fellowship, and a Neilma Sidney Literary Travel Fund grant. Born and raised on Dharug country, she is a descendant of the Bundjalung Nation. Evelyn’s debut collection Dropbear won the 2022 Stella Prize.