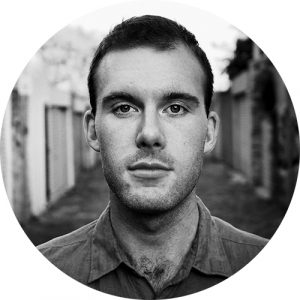 Dr James Douglas is a writer, researcher, and teacher based in Melbourne, Australia.

Andrew Niccol’s Gattaca envisions a future caste system in which individual potential is determined by genetic analysis. Here the elite, sleekly groomed, physically toned ‘valids’—products of an informal but pervasive society-wide eugenics programme — occupy a luxe strata of social and professional opportunity to which the downtrodden ‘in-valids’­— flawed outcomes of natural conception — can only aspire.

The film takes its stylistic cues from the past, adopting a retrofuture, mid-century aesthetic – characters wear fedoras and trench coats, drive 1962 Studebakers, and walk into work through the sweeping, modernist lines of Frank Lloyd Wright’s 1960 Marin County Civics Centre, where some exteriors were shot. But its thematic concerns were very contemporary; released in 1997, one year after the successful birth of Dolly the Sheep set off a worldwide debate about the ethics of cloning, and seven years into the DNA mapping work of the Human Genome Project, the film aligned with the free-floating anxieties of a society facing up to the ability of science to penetrate into the secrets of our cells.

“The film aligned with the free-floating anxieties of a society facing up to the ability of science to penetrate into the secrets of our cells.”

In Niccol’s story, the portentously-named protagonist Vincent Freeman (Ethan Hawke) is born naturally with an unlucky inheritance of heart disorder and a statistically probable early death. To gain entry to a job at Gattaca Aerospace Corporation, Vincent borrows the identity of Jerome Morrow (Jude Law), a prime genetic specimen whose birthright of health, wealth, and long life as one of society’s valids has been derailed by a disabling car accident. With extracts of Morrow’s blood, urine, skin, and hair in hand, Vincent avoids detection as an in-valid and closes in on his dream of space flight.

The notion of a ‘not-too-distant future’ America that sends out dozens of manned space flights a day now reads (in 2021) as an accidental addition to the film’s retro vibe; another is Niccol’s conceit that a future caste system would develop on the basis of the invisible facts of genetic disposition. The decades since Gattaca’s release have been characterised, perhaps above all, by the world-conquering rise of social media, on which our shared social hierarchies are dominated by the field of the visible. On Facebook, Instagram, TikTok, and YouTube, what matters is not what is inside us but our appearance.

Vincent navigates a world of constant genetic checks – employees offer blood and urine samples just to enter work; hair strands are used to vet romantic prospects; spit swabs are a common tool of the police; and shedded skin is as good as a fingerprint. This constant monitoring of cellular identity keeps in-valids locked out of all but the most menial jobs. “It didn’t matter how much I lied on my resume,” Vincent says. “My real resume was in my cells.” The film’s aesthetic, which draws on the iconography of post-WWII Hollywood noir, signals that Gattaca’s vision of the near future looks back on the traditions of twentieth century fascist regimes, and their obsessions with ethnic and racial purity. Audiences in 1997 were primed to notice these totalitarian implications, and root for Vincent’s ultimate escape into space. 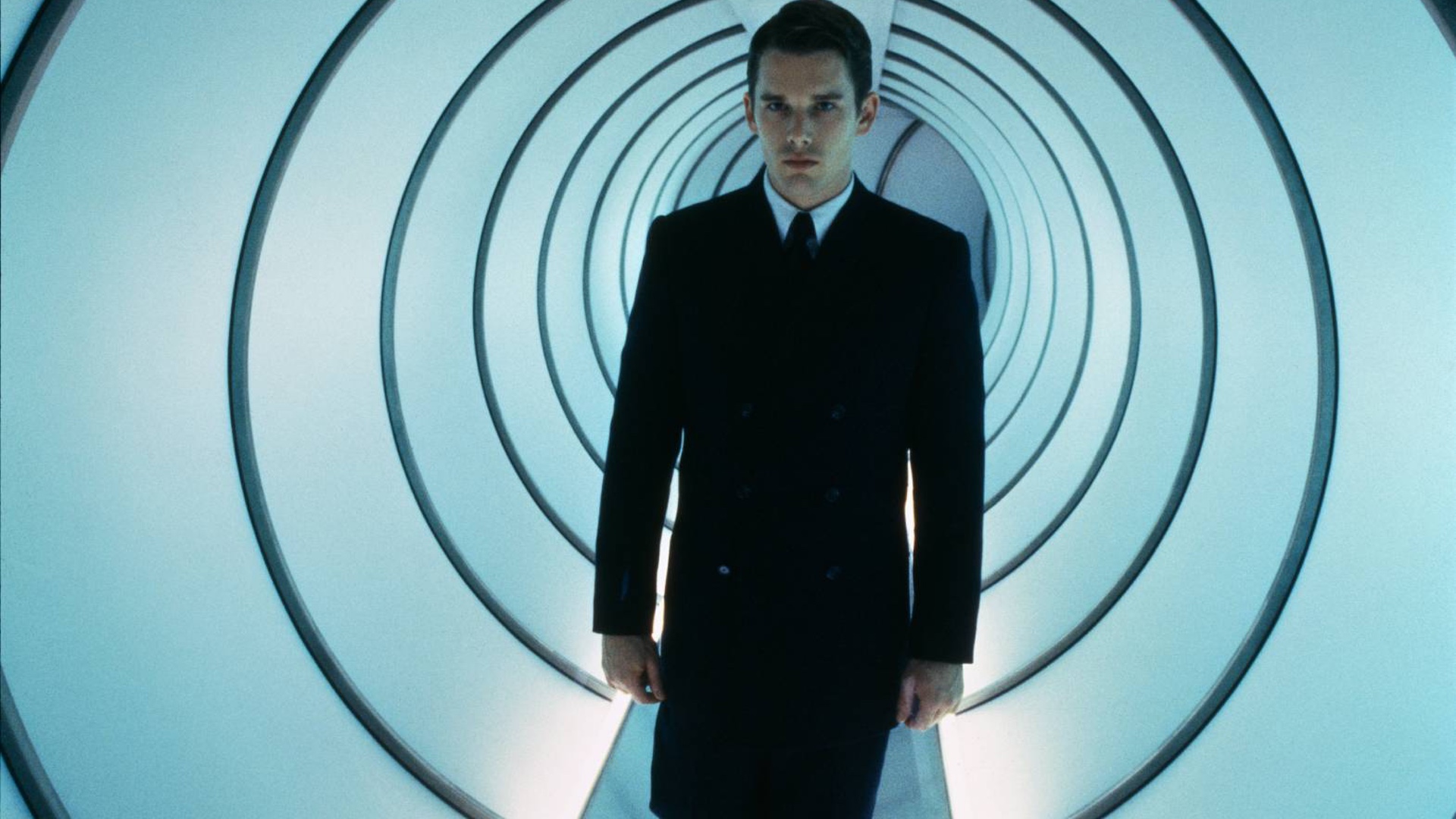 But contemporary audiences might sense that the kind of pervasive monitoring Vincent confronts is now around us every day, albeit operating on a very different technological basis. Employers don’t check on our genetic makeup, but many will trace our digital footprints, now so much larger due to the ubiquity of mobile phone use – a different kind of ‘cellular’ resume. If romantic prospects can’t now sequence our DNA before agreeing to a date, they can at least run a search for our social media accounts. And if police departments can’t swab our spit at random, they can use facial recognition tools to parse through our online photos. While these individual possibilities might not yet add up to a dystopian present, emerging trends like the ‘social credit system’ currently being trialled across China, which links digital identities with government-sanctioned punishments and rewards, seem to prefigure a totalising future close at hand.

Gattaca’s most intriguing passages comes when Niccol’s shows us the complex daily preparations Vincent goes through to live his life as Jerome Morrow; aggressively exfoliating to shake loose excess skin and hair, putting on false fingertips with concealed blood drops; taping a ready bag of urine to his thigh. In one scene, we see Vincent carefully vacuuming skin cells out of his office workstation and sprinkling in some of Morrow’s as a substitute; an image that takes on accidental resonance in a time when reputation management firms sell advice to jobseekers on how to curate their online presence – for many in 2021, image sanitisation likewise happens at our keyboards.

Some might even count Vincent lucky. In Gattaca’s future, the regime of genetic surveillance may be intrusive, but it also has limits, and the film suggests that the repeated checks on Vincent’s genetic identity are set to end if he makes it into space on a mission to one of Saturn’s moons. Orbiting Titan, Vincent will finally be able to live up to his surname.

In our present, there seems to be no place the sphere of social media cannot extend, and even astronauts feel obliged to post from space.