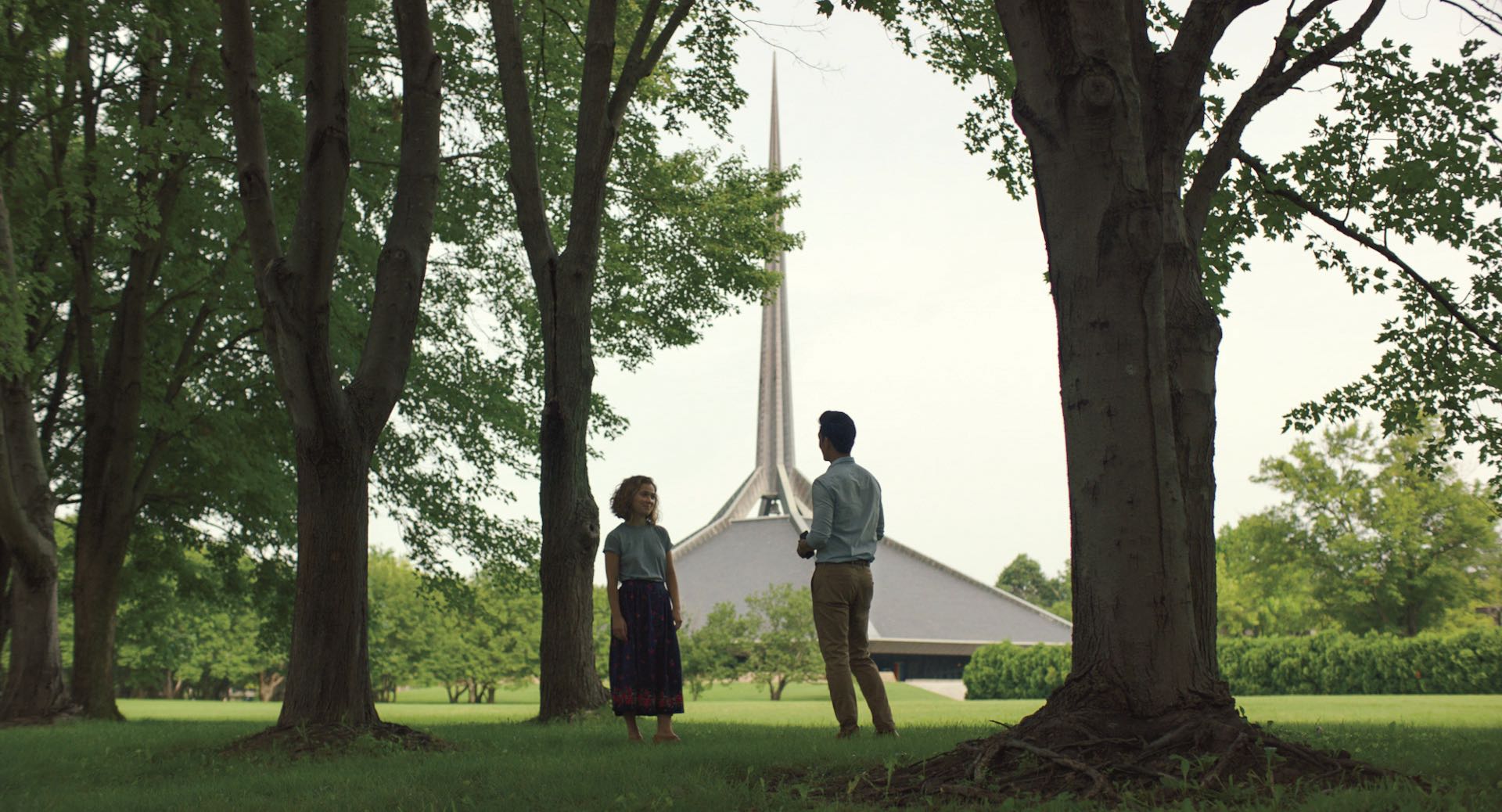 After finding himself in Columbus at his sick father’s bedside, Jin meets Casey in a timeless story about the complexities of family.

Columbus (Kogonada, 2017) moves like sweet molasses. In his debut film, writer, director and editor Kogonada creates a dreamy atmosphere during the time where two characters cross lives. Set in the summer and shot on location in Columbus, Ohio, Casey and Jin meet as two strangers who connect over architecture and their individual struggles.

Columbus is a thoughtful film, one that prompts appreciation from the viewer as you watch it. Columbus is far from being mind-numbing entertainment, but it is certainly not dramatic in its storytelling. There are no intense action scenes or quick camera work. There is no sweeping soundtrack to guide our emotions. Rather, Kogonada takes advantage of the surrounding diegetic sound, allowing it and the dialogue to be at the forefront. In the few moments where music does come in, it is atmospheric, crafted by the band Hammock, giving characters the time and space to just be. Kogonada is not afraid of long takes, often allowing the camera to linger on a character’s face for longer than expected and simultaneously allowing the audience to digest and ponder what is being expressed.

Visually, it is clear where Kogonada takes inspiration from. Architecture within the town is admired in a Wes Anderson-esque symmetry. Mirrors are utilised in a thoughtful manner, Ingmar Bergman style. Passageways mark a passing of time. Each visual shot amplifies meaning and acts as a constant point of interest.

Yet the film’s elements are ultimately a soft landing pad for the trauma and raw moments that are shared between its lead characters. Columbus is, at its baseline, about human connection and individuals who inspire one another. In one resonating moment, Jin asks Casey why she likes a certain building, urging her to speak from the heart. We then look upon Casey’s face through glass windows. All sound is muted, except for Hammock’s soft soundtrack. At the foot of this great building, Casey’s answer is private, only shared with Jin. Each building seems to hold a certain graceful reverence in Casey and Jin’s story, and the audience can expect to be haunted by the reverence of this film, long after it has finished.