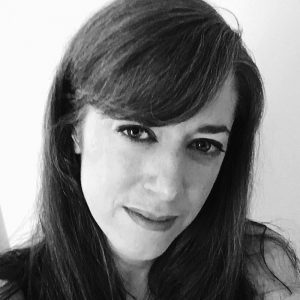 Djoymi Baker is a Lecturer in Cinema Studies at RMIT University, Australia. Her research explores film and television genres, stardom, fandom, and intergenerational spectatorship. She is the author of To Boldly Go: Marketing the Myth of Star Trek (IB Tauris, 2018) and the co-author of The Encyclopedia of Epic Films (Rowman & Littlefield, 2014).

The original promotional poster for Richard Fleisher’s 1973 science fiction film Soylent Green features bulldozers labelled ‘Riot Control’, that scoop up crowds of people. The masses extend into the far distance, while only the star, Charlton Heston, stands out as an individual in the foreground, running from the chaos behind him. These scoops were the stuff of my childhood nightmares, an image I’d glimpsed on my parents’ television screen one evening. It was only years later that I discovered their provenance. As such, the film, often dismissed as schlocky exploitation fare [1], has a particular affective impact on me. It has since attracted a cult following, and I suspect audiences of 2021 will find some eerily familiar images that resonate with their contemporary pandemic and climate change anxieties.

Set in 2022 in an overpopulated New York, Soylent Green is shot with a sickly green filter. The outside air looks toxic and infectious, and much of the population don face masks. Food is in short supply. Soylent – a portmanteau of soybeans and lentils – is the primary processed food of the masses. Soylent Green, made from plankton, is a highly desirable new food but is hard to come by. Real food is only for the extremely wealthy. We’re told that distant farms on the remaining “good land” are “like fortresses”. Food riots are common in the city.

Our guide through this dystopian near-future is Heston as NYPD detective Thorn. He is investigating the murder of a rich Soylent executive with the assistance of academic Solomon ‘Sol’ Roth, played by Edward G. Robinson in his final film role. Thorn soon finds himself under threat and constantly thwarted by a corrupt system. 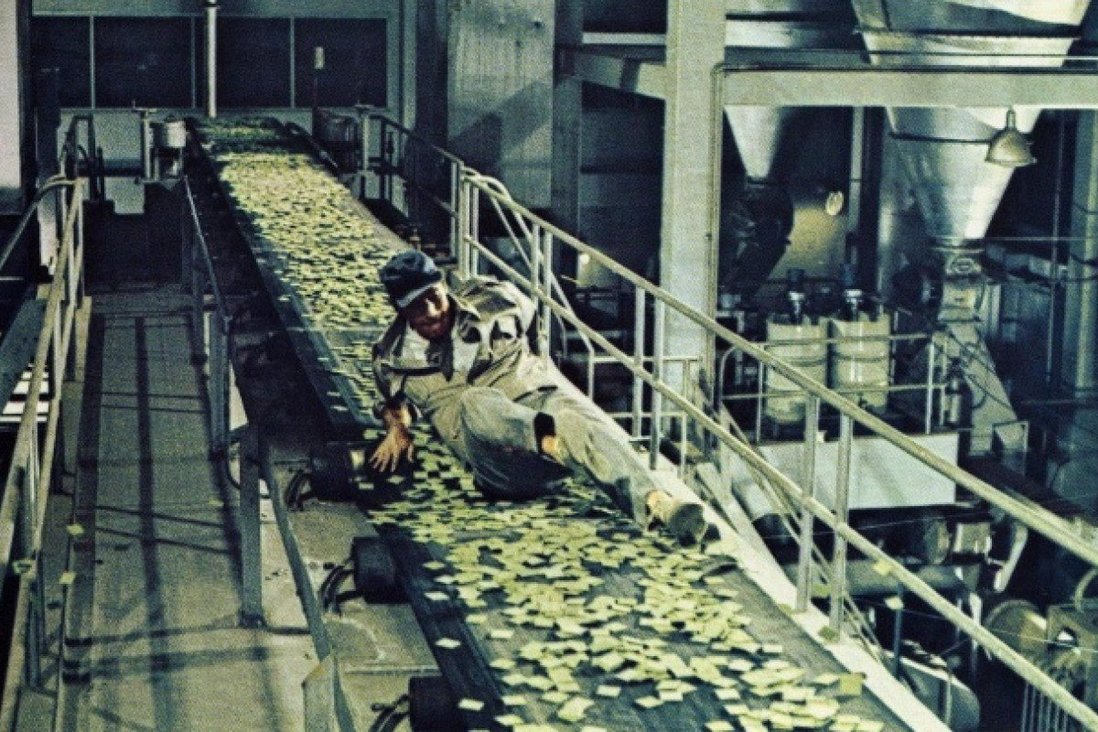 Heston may at first seem like an odd choice for an eco-critical film, but as Robin L. Murray and Joseph K. Heumann point out, unlike other political movements of the late 1960s and early ’70s, the environmental movement crossed both sides of politics [2]. In this era, Heston became “the leathery face of sci-fi apocalypse” [3]. Indeed, Soylent Green rounds out an unofficial dystopian trilogy of sorts for the actor, with Franklin J. Schaffner’s 1968 Planet of the Apes and Boris Sagal’s The Omega Man of 1971. Each film, in different ways, is a cautionary tale of how the present path will lead to future destruction, as well as a conflicted lament for the privileges that will be lost along the way: those of humanity in general and perhaps more specifically, white men like Heston. In the New Yorker, Penelope Gilliat complained that this imagined future nonetheless maintained too much of the status quo, in that it seemed to assume that ‘women’s lib’ would go backwards in the twenty-first century [4].

While Soylent Green was also criticised for not looking futuristic enough (for example, its fashion is distinctly ’70s) [5], Roger Ebert for his part suggested the film’s strength

“is to create a 21st Century world that’s convincing as reality; we somehow don’t feel we’re in a s-f picture. What director Fleischer and his technicians have done is to assume a very basic (and depressing) probability: that by the year 2022, New York will look essentially as it does now, only 49 years older and more run-down.” [6]

Ebert may not feel that this is particularly sci-fi, but science fiction is always as much about the present in which it is made as the future it depicts. Alan R. Howard, writing for the Hollywood Reporter in 1973, argued the film’s “terrifying vision of the future… is made all the more urgent by today’s inflationary food prices and fast approaching energy crisis” [7]. Today in 2021, elements of the film may strike the viewer as a dated “retro-future” [8], yet its vision of dying soil and the onslaught of climate change seem prescient.

Science fiction is always as much about the present in which it is made as the future it depicts.

We strongly recommend you watch the film before reading further (Ed).

Although Heston’s Thorn is the protagonist, it is Robinson’s Sol who stands in for the audience, or rather their future selves. Unlike Thorn, Sol can remember nonhuman animals, fields, and fresh food. To learn that he will become food himself as the raw ingredient of Soylent Green extinguishes his will to live. The horror of becoming meat brings that fate about more swiftly. While the discovery shocks Thorn and in turn his superior Chief Hatcher (Brock Peters), ultimately systemic change is left decidedly uncertain. Thorn is left to mourn both the passing of his friend and a lost world he could scarcely imagine, while struggling to accept his demoted status as meat¬ – the ‘cattle’ of the future. Perhaps unintentionally, this creates a potentially radical space for rethinking human and nonhuman animal relations [9].

Despite Sol’s earlier proclamation that “nobody cares, nobody tries,” Soylent Green asks us to imagine a different present with an alternative future. The film ends with the same montage of nature that had previously guided Sol ‘home’. Images of life are a prelude to death.

By the film’s credit sequence, those images provoke the audience to care more, to try harder.