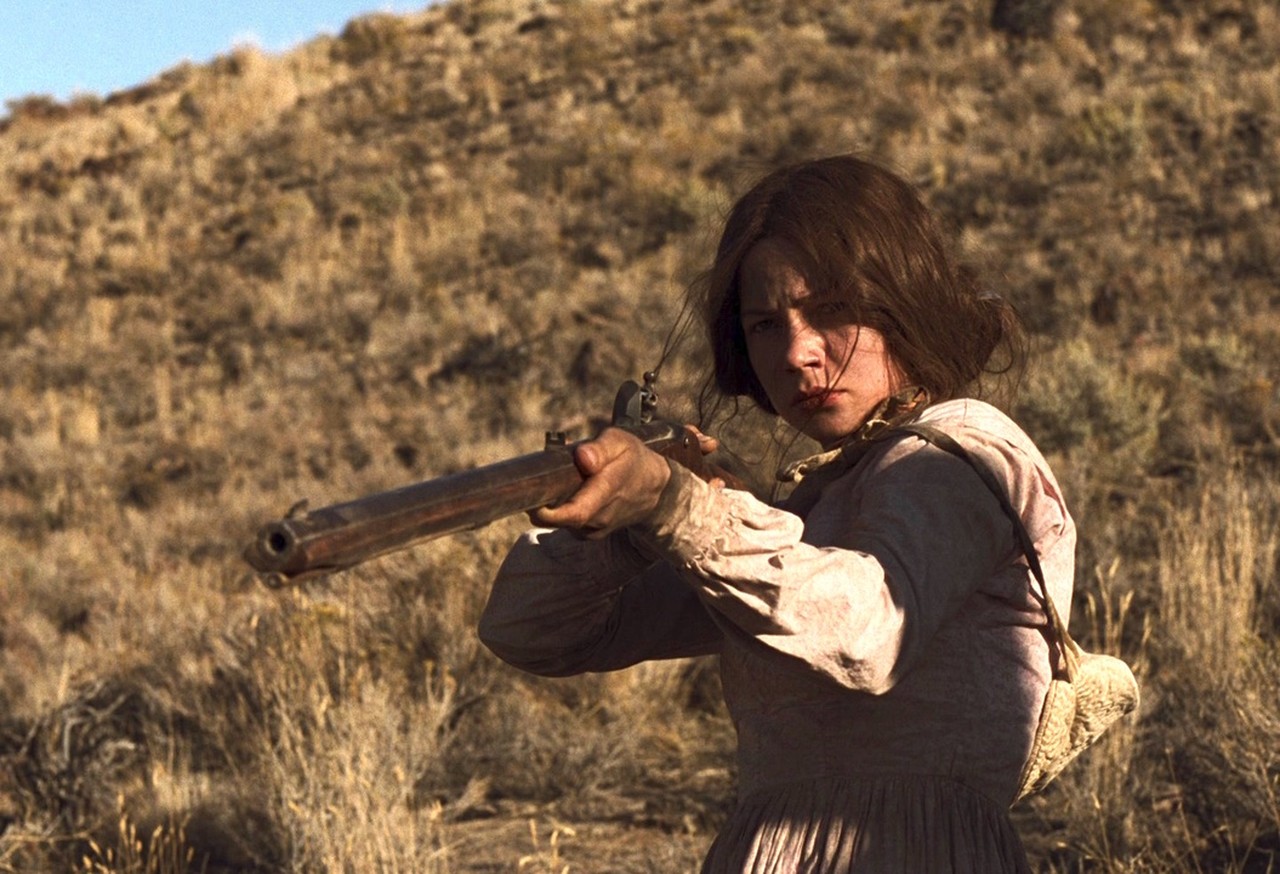 Based on the 1845 true story of an ill-fated journey through the Oregan desert, led by frontier guide Stephen Meek.

Resuming her fascination with America’s Northwest, director Kelly Reichardt’s neorealist revisionist western, Meek’s Cutoff (2010), follows a small group of 19th century settlers traversing the deserts of the Oregon Trail, approaching the setting and genre from a remarkably unique perspective. Featuring finely tuned performances, most notably by Michelle Williams (as Emily Tetherow) and an unrecognisable Bruce Greenwood (as Stephen Meek), Reichardt masterfully synthesises her crafted minimalist style with a story of subtle complexity and moral ambiguity. As tensions simmer and frailties are exposed, the group’s trust in their unconventionally realised anti-hero guide erodes; overshadowed by an inexorable reckoning of new and old worlds, all captured in the eyes and hands, the furrowed brows and silent scrutinies, of Williams’ evolving protagonist Emily.

Boxing us in with our pioneers through use of the Academy ratio, Meek trawls eerily, warm orange days of squeaking wagon wheels giving way to dark black nights of shared solitude. With a sparsely utilised unsettling score and contemplative long takes eschewing even simple camera movements, we live and breathe the monotony and conflict of each new day. It embraces an inherently feminist perspective as the cinematic language of traditional western archetypes are turned on their head, and the camera primarily identifies from beginning to end with those characters the genre would have once sidelined. The film also recognises the colonial context of its own story – though our travellers do not – and thus in the silent frames and constant trudging we find ourselves invited to think; to let our minds wander and consider the film accordingly.

Undeniably we’re not short on uncertainty – dialogue, let alone exposition, is scarce. A lesser film might begin earlier and end later, but it’s in the minute details and quiet moments that Meek’s Cutoff stands apart: social hierarchies imperceptibly contorted and reassembled by characters and camera alike, struggling despairingly against the warm painted backdrop of the expanse, hapless hostages to a seemingly predestined future. As Greenwood’s titular Meek repents, “This was written long before we got here.” Such is the weight of the journey devastatingly conjured to life by Reichardt. Never has the interminable frontier been realised as a space so claustrophobic.