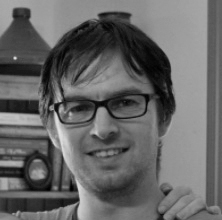 Daniel Fairfax is assistant professor in film studies at the Goethe-Universität Frankfurt.

Metropolis is a mess of a film. A chaotic narrative, veering in multiple directions, with murky motivations for so many of its plot turns. A tangled heap of allegory, with allusions to everything from ancient Greek mythology and the Biblical parables to contemporary psychoanalytic theory and class struggle politics. A bombastic mishmash of styles and artistic influences, piling up pastiches of sci-fi utopianism, avant-garde constructivism, Gothic pseudo-archaism and even elements of Orientalism. The result is a work so idiosyncratic, so self-contradicting, so resistant to any univocal reading we could give it, that it hurtles past eclecticism and careens straight into incoherent delirium.

And yet Metropolis is a glorious mess. Its status as one of the most well-known films of the silent era is indisputably deserved. Few films can match it for its sheer euphoria. With its pioneering special effects, Metropolis continues to fascinate and dazzle audiences. Together with Protazanov’s Aelita, it is one of the seminal examples of science-fiction cinema, whose influence echoes down to the present day. Its iconography has permeated not just cinema history but our very cultural imagination. The bustling streets and vertiginous towers of the futuristic city, the mad inventor, Rotwang’s, electric workshop, the Robot Maria’s night club dance before an audience of lecherous, tuxedo-wearing males, and the deadened factory workers being sucked into a mechanical inferno – even those who have never had the chance to watch Fritz Lang’s original film will be familiar with these scenes.

Of the film’s many risible elements, the one that is by far the hardest to swallow is the naïve sentimentalism of the message proclaimed in its concluding scene: the head of society (that is, the ruling class) and its hands (the toiling masses), must be mediated by… the heart! If the corporeal analogy for social structures has a venerable history, its political implications were not lost on critics at the time of the film’s original release in 1927. From the left, it was assailed as at best promoting a strategy of class collaboration and at worst expounding the corporate statism of fascist ideology. Even Lang himself was quick to disavow Metropolis’ concluding communiqué, ascribing it to his screenwriter wife, and later Nazi Party member Thea von Harbou. 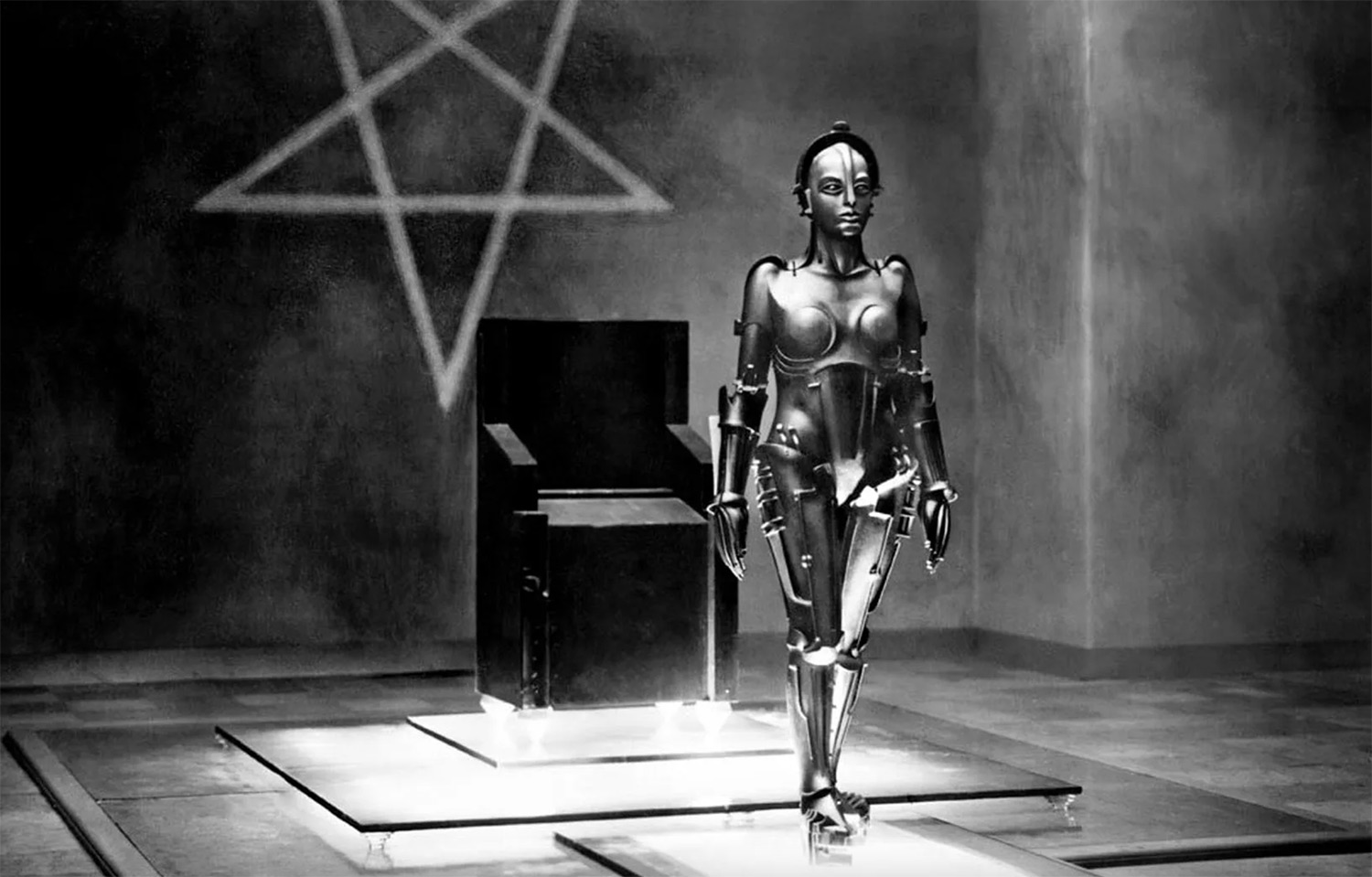 It is safe to say, however, that nothing we see in Metropolis in the scenes leading up to its ultimate apotheosis predisposes us to accept the exhortation to bring together oppressor and oppressed in harmonic unity. The inviolable class hierarchies depicted in the film are exceptionally extreme, with the city vertically segregated between an idyllic stratosphere for its indolent rich and the dark subterranean catacombs occupied by its downtrodden proletariat – a spatial analogy evidently borrowed from H.G. Wells’ The Time Machine (although the science-fiction author himself was not impressed with the homage, finding the film so ludicrous that he “did not believe it would be possible to make one sillier”).

The workers in this world are reduced to automatons and physically crushed by the unrelenting work rhythms imposed on them by the apparatus of industrial capitalism, while the plutocrat Fredersen is singularly callous to their plight (and his Damascene conversion late in the proceedings is perfectly unconvincing). Even their supposed saviour Maria can only provide her congregation with the opiate of religious forbearance, and if the injustice of the status quo slowly dawns on the feckless Freder, Fredersen’s son, and the closest thing the film has to a protagonist, he is singularly ineffective at overturning it. On this basis, no spectator could really think that the solution for the workers of Metropolis is mediation rather than revolution.

Today, as we approach 2026, the year in which Metropolis is set (and a full century after filming), we have perhaps come full circle.

Indeed, if in many ways Metropolis can be conceived as an elaborate riposte to Eisenstein’s Battleship Potemkin, with the workers in Lang’s film whipped up into a feverish mob by a robotic Doppelgänger of their Messiah deliberately seeking to sow chaos in their ranks, it is nonetheless the scenes of the revolutionary uprising that are the most invigorating moments of the film, rivalling Lang’s Soviet counterparts in representing the indignant rage of an insurgent mass. This is not to overlook the differences between the two: so many of Lang’s films exhibit a fear of the reactionary dynamic of the crowd rather than valorisation of its revolutionary potential, and Metropolis is no exception. The workers’ violent revolt is self-destructive, causing the flooding of their own neighbourhoods, and their thirst for vengeance soon turns against their own demagogic leaders, as the Robot Maria is burned at the stake to the frenzied delight of her former acolytes. But their rebellion is unquestionably justified.

With its palimpsestic layers of allegory, Metropolis is an inexhaustible generator of interpretations, readings, and exegeses. Every era has its own Metropolis; every generation of viewers finds contemporary resonances in the film.

Upon its initial release in 1927, memories of actual failed revolutions in Germany were still fresh, and the political polarisation of the Weimar-era determined the ambivalence of its early reception. In the 1940s Lang’s visual prescience in anticipating the horrors of World War II was an integral part of the film’s critical recuperation: workers being fed into the mouth of a hallucinatory Moloch evoked Auschwitz, the huddled children clambering for survival anticipated Hiroshima.

In the 1980s, Metropolis again re-emerged in the popular consciousness: as the Giorgio Moroder-scored 1984 re-release and video clips such as Madonna’s “Express Yourself” (directed by David Fincher) attest, the film’s frenetic pacing and proto-postmodern visual iconoclasm made it an apt forerunner, if not direct inspiration, for the MTV aesthetics of that decade.

Today, as we approach 2026, the year in which Metropolis is set (and a full century after filming), we have perhaps come full circle. Once more, it is the film’s class allegory that is its most resonant element. For much of the 20th century, the capitalist class was at least aware of the possibility of its historical demise, whether through social-democratic redistribution or communist revolution. Now, it has effectively become a new aristocracy, utterly convinced of its own immortality. The City of Metropolis has been realised in San Francisco, London, Doha, Sao Paolo, Shanghai… The elites really do spend their lives atop soaring skyscrapers, sealed off from the polluted underworld of the global proletariat. Their cosseted children are Freder, cavorting in cloistered pleasure gardens in blithe ignorance of their privilege. If they do happen to come into contact with the drudgery and squalor of working-class life, they are capable only of reacting with impotent pangs of liberal guilt, and recoil in aversion at the notion that labour could take power into its own hands. As Metropolis shows, almost in spite of itself, the only thing that horrifies the bourgeoisie more than the miserable lot of the exploited masses is the prospect of these masses rising up in revolution.

Metropolis screens in 35mm as part of Past Futures for Melbourne Design Week 2021.