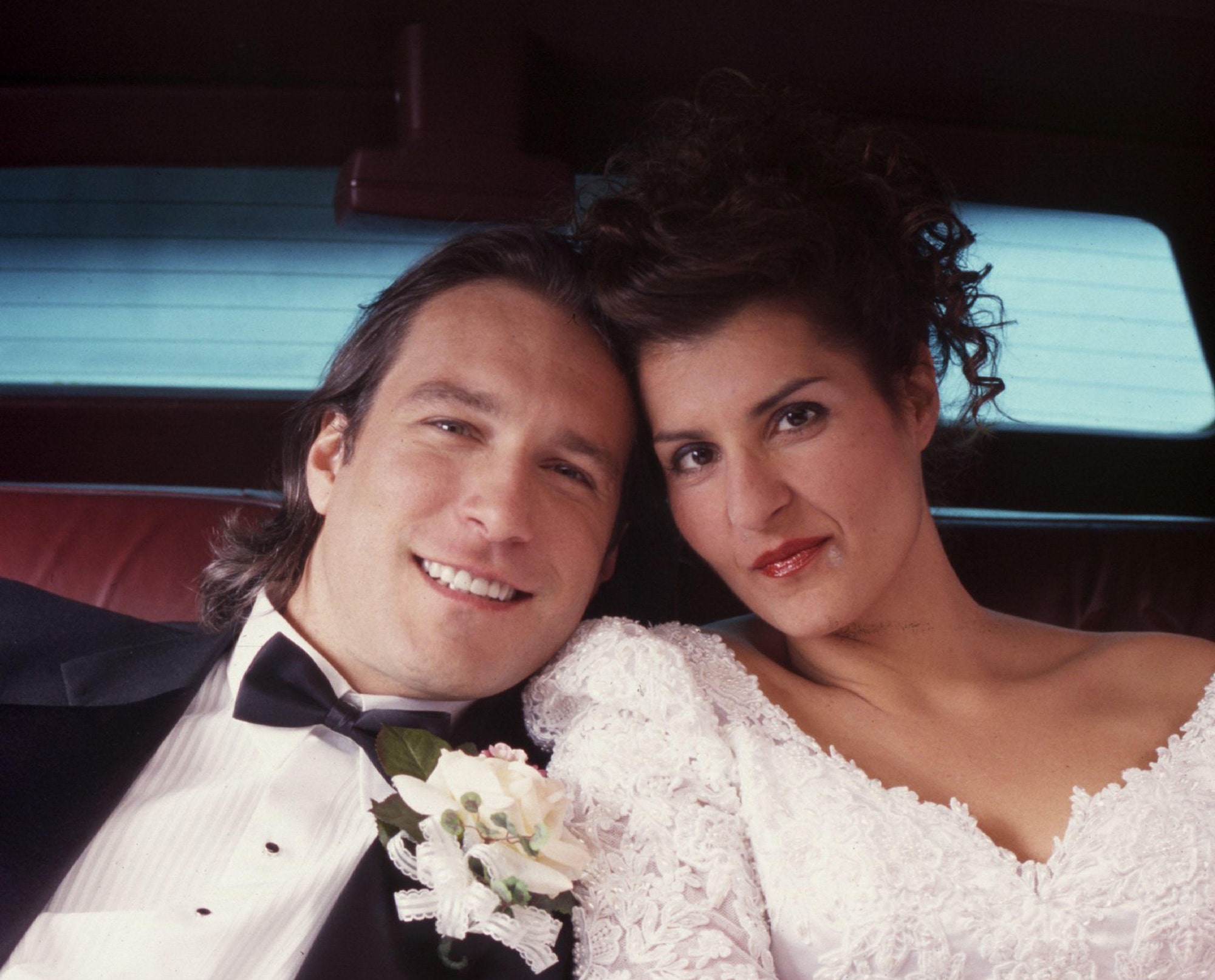 When a single, Greek woman takes a job at her aunt’s agency, she falls madly in love with a man who is seemingly perfect, but is definitely not Greek.

My Big Fat Greek Wedding (2002), directed by Joel Zwick, is unfairly discounted by many as yet another cliché movie brimming with all the regular tropes of boy meets girl, girl takes her glasses off and becomes beautiful, yet girl and boy come from different sides of the track and all hope is lost until love conquers all. However, with a third My Big Fat Greek Wedding currently filming in Greece, clearly something is different about this movie that has caused it to still be remembered and loved 20 years on.

The heart of this movie is the theatre actor and writer Nia Vardalos, who wrote a one-woman play based on her own very Greek family, which was performed for six weeks, in the summer of 1997, at the Hudson Backstage Theatre in Los Angeles.

Sitting in the audience was the Hollywood producer, and the Greek–American actor, Rita Wilson, who later became a producer along with her husband, Tom Hanks, for the film adaptation. These big names allowed Hollywood outsider Vardalos to make her feature film debut as the writer and the star, bringing with her a very personal script, and a love letter to her family.

The film opens on Toula (Nia Vardalos), the “frump girl”, who is 30, single and is paralysed in her life. At first glance the story is shallow. The meet-cute is simple and expected, as is the resulting makeover; however, as the story unfurls tired tropes, they are subtly subverted. The romance is admittedly simple because every meaningful, emotional beat is instead placed around the family: the focus is on resolving conflict between first and second generations of migrants. Using the tropes of the rom-com genre makes this an approachable film, but it is the themes that make it uniquely deep.

In clumsier hands, this movie so easily could’ve ended up being yet another forgotten relic filled with racial stereotypes. But it’s able to balance on the comedic tightrope of cultural appreciation, proving that diversity is easy when people are trusted to tell their own stories. My Big Fat Greek Wedding achieves what many modern movies attempt and fail at in terms of representation.

If you’re finding yourself sick of performative and tired tropes, surface level representation, and redundant rom-coms, consider a rewatch of My Big Fat Greek Wedding.