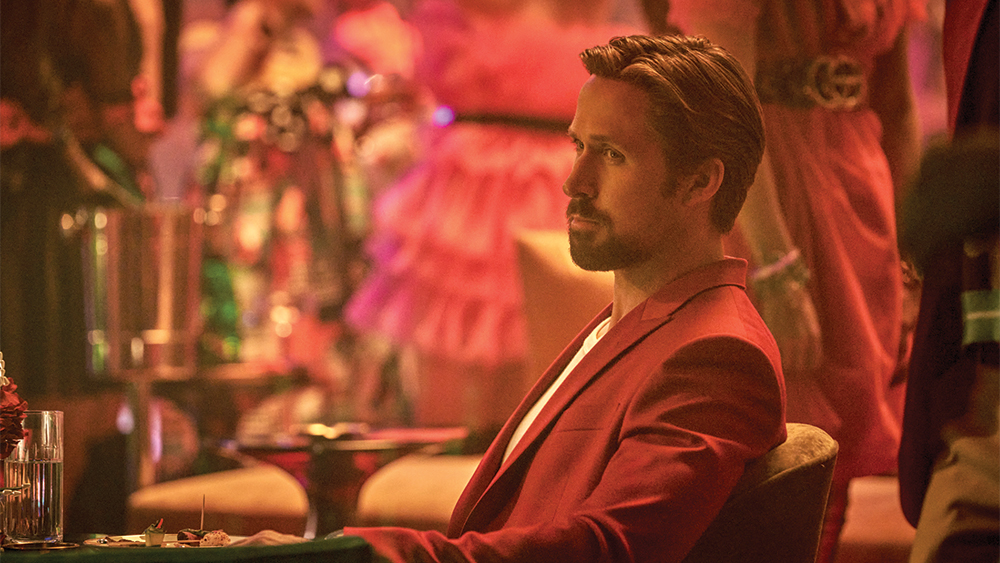 When the CIA’s top agent uncovers incriminating agency secrets, he is hunted by assassins across the globe.

Styled for cinema but experienced at home, Anthony and Joe Russo bring the familiar spectacle of the Marvel Cinematic Universe to Netflix’s spy–thriller, The Gray Man (2022).

A careful attempt to aid the streaming service in maintaining subscribers and hold market share, the directors attempt to make the cinema experience more “accessible” to audiences at home.

For a streaming service that was once innovative, Netflix has adopted a formula that works for theatres and has created what feels to be another Marvel attraction, only without a superhero, but rather a CIA-recruited assassin.

As Netflix’s most expensive film, we anticipate a visually impressive experience in all elements of mise en scène – though on a smaller at-home screen, audiences are subjected to an overstimulating experience of distraction.

The entrance of the first action sequence has a Marvel likeness to it that audiences will feel acquainted too. It could be likened to the casino action scene in Black Panther (Ryan Coogler, 2018). A spectacular display of fireworks fills the city skyline, which then cuts to an elaborate party filled with balloons, heavily saturated colours and contrasted lighting alongside a soundtrack to perpetuate the attitude of the main character’s current CIA mission.

A few moments later it becomes apparent, through two of the main character’s dialogue, that the film is aware of its “flashiness.”

The not-so-discreetly dressed CIA assassin Six (Ryan Gosling) and agent Dani Miranda (Ana de Armas) sarcastically describe themselves as “subtle” and “flies on the wall”, which is ironically what a good espionage film should do. However, nothing about the film is subtle, as is the nature of a Marvel film – given superheroes inherently attract attention.

The action scenes are made further chaotic with experimental drone shots which make it more apparent that this film is concerned with the “spectacle”.

The Gray Man’s attraction is attributed to an impressive budget and acclaimed directors, but makes clear to audiences what Netflix’s intent is – a viral commotion as opposed to uniqueness.

The film may only engage with audiences through unremarkable Marvel tropes, but it does question the validity of these visual cues in new narratives and their place in online streaming services.