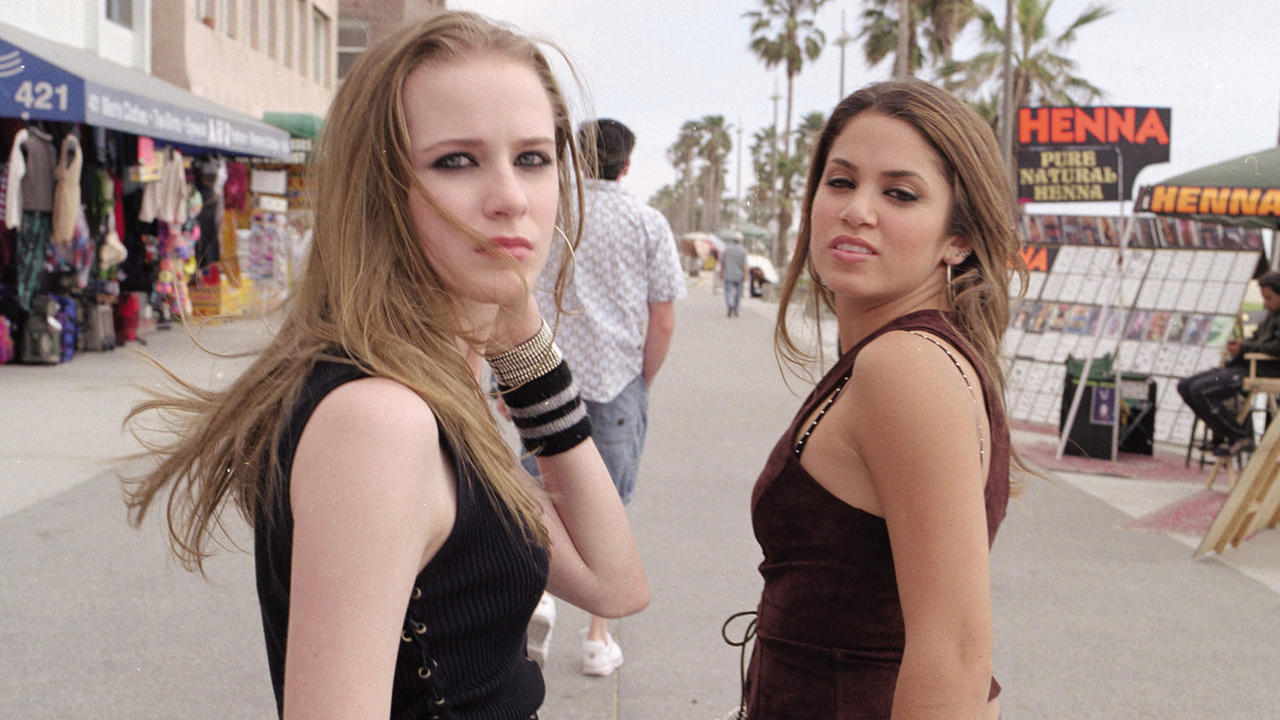 A 13-year-old honor student and the queen bee strike up an unlikely friendship, leading to a destructive lifestyle full of sex, drugs, and crime.

“I can’t even remember how to spell photographer.”

Catherine Hardwicke’s directorial debut, Thirteen, released in 2003, is a cautionary tale about the potential concequences of inattentive parents and how larger social systems negatively affect the “coming of age” of young girls. In a display of raw and shocking realism, Thirteen is a glimpse behind the scenes into an adolescent girl’s complex, inner world, and an honest representation of the implications of a highrolling life. The film’s quality of authenticity is largely credited to 13-year-old Nikki Reed, who improvised a lot of her lines within the film and co-wrote the script with Hardwicke, loosely basing it on her adolescent experiences.

The story follows adult adhering, yet troubled, 13-year-old Tracy Freeland (Evan Rachel Wood), as she navigates through the pain of her parent’s divorce, an absent father, unpopularity at school, and her mother’s teetering sobriety and financial struggles. Left to her own devices, and ultimately, seeking a stronger emotional outlet than poetry and self-harm, Tracy descends into a hedonistic life of petty crime, drugs, sex, further self-mutilation and anorexia, with her pernicious – and similarly unsupervised – new best friend, Evie (Nikki Reed).

Thirteen signposts Tracy’s dangerous character decline through colour grading, as the footage is gradually stained in gritty, oversaturated shades of yellow and green until the climax, where most colours – except blue – are bled from the picture. The shots’ appearance, much like Tracy’s, is indistinguishable from the beginning of the film. Hardwicke’s stylistic experimentation with unorthodox colour grading also makes an appearance in her later films, particularly Twilight, which has since become iconic for its signature desaturated turquoise and sea-green colour palette. From the use of Reed’s and Wood’s real clothes, to the scenes seemingly cut directly from Reed’s life – this film is truly a collaboration between Reed and Hardwicke.

This element of authenticity is what separates it from other, more stylised films, like Sofia Coppola’s The Virgin Suicides, which similarly aimed to validate the often forgotten and uncared-for experiences of teenage girls. Hardwicke captures the tumultuous ebb and flow of girlhood in a way that cannot be replicated.